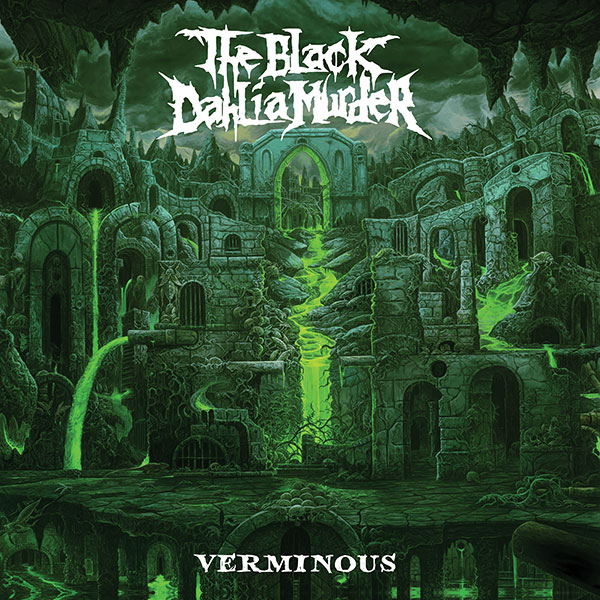 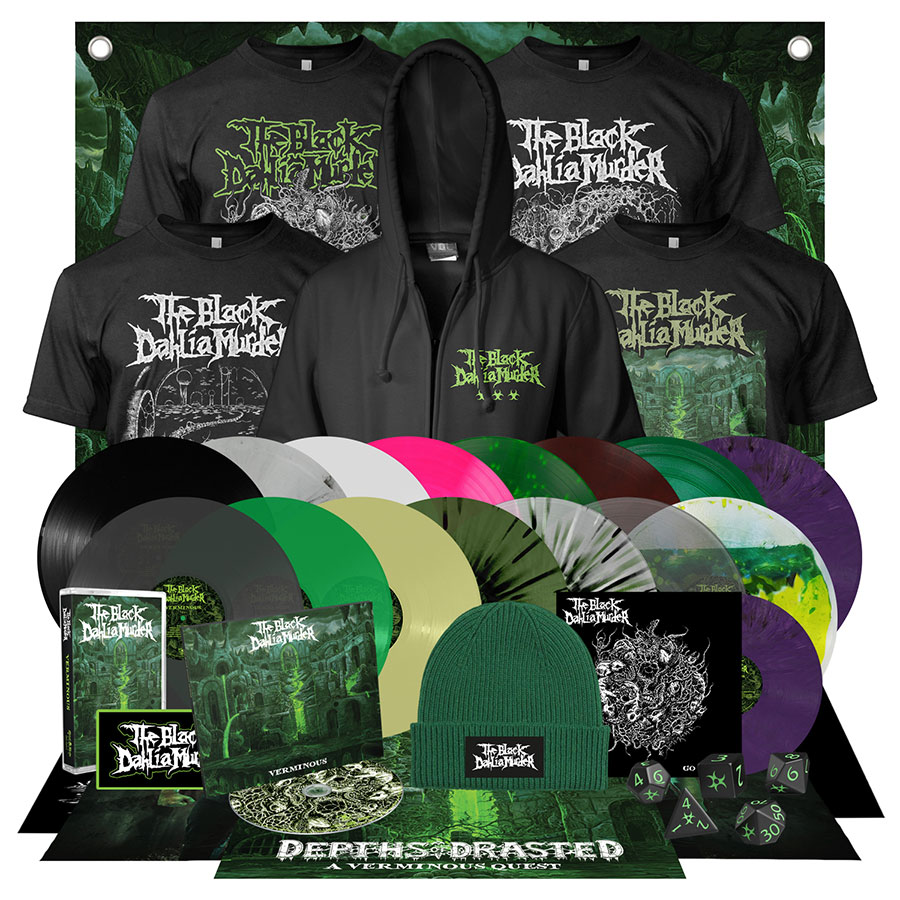 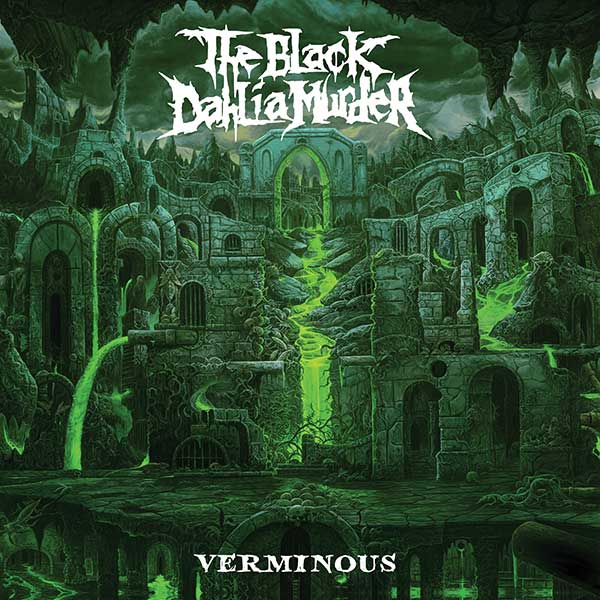 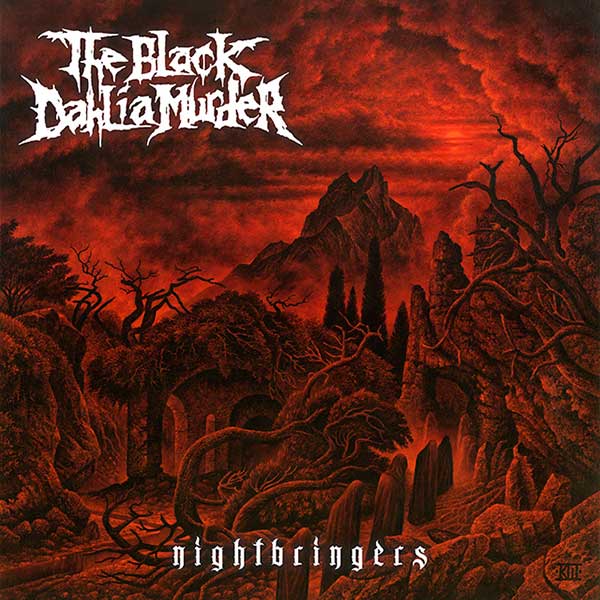 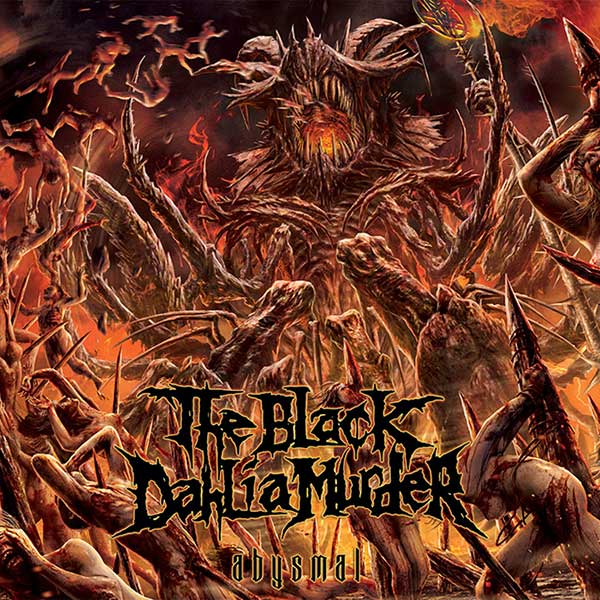 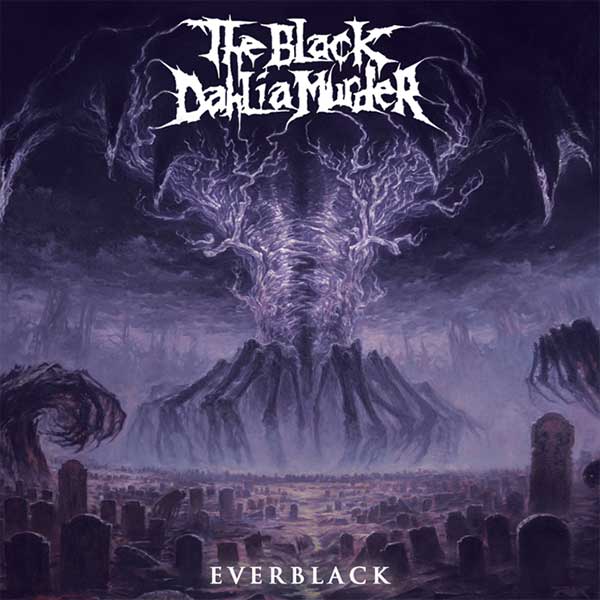 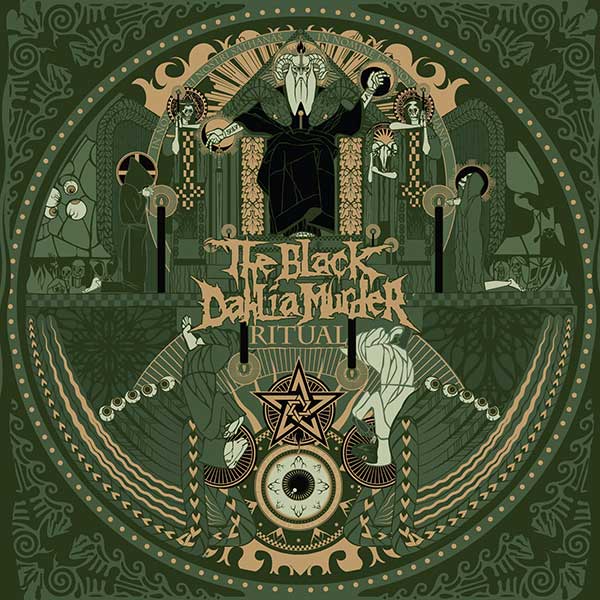 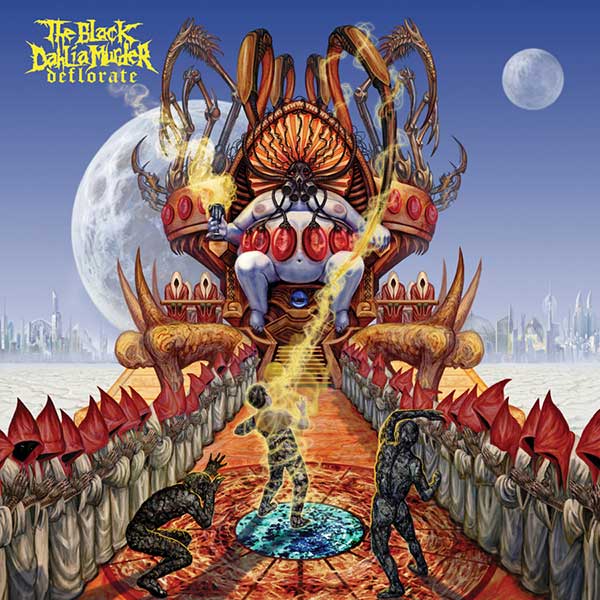 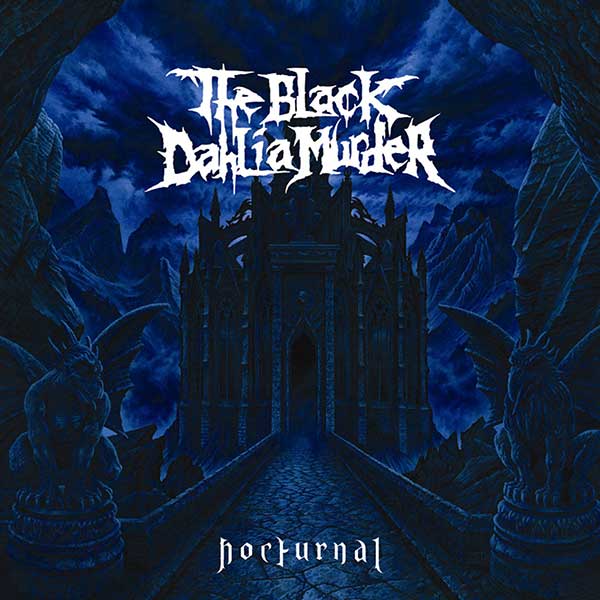 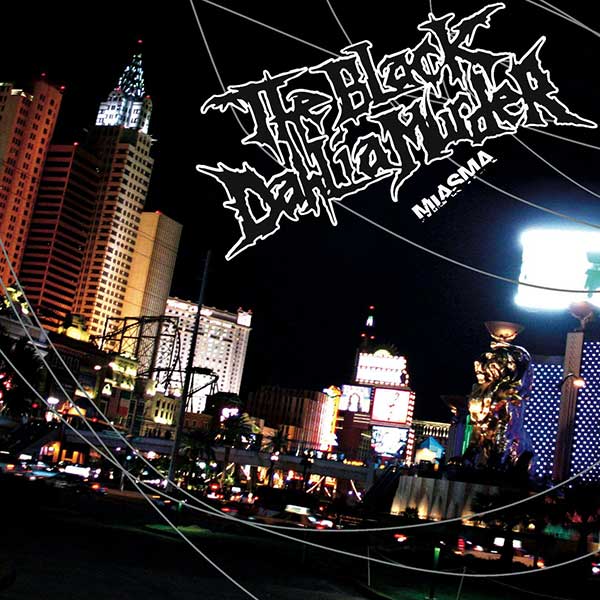 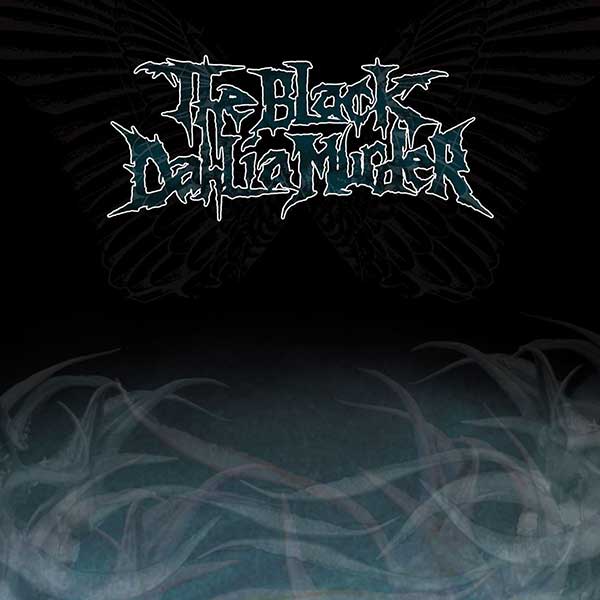 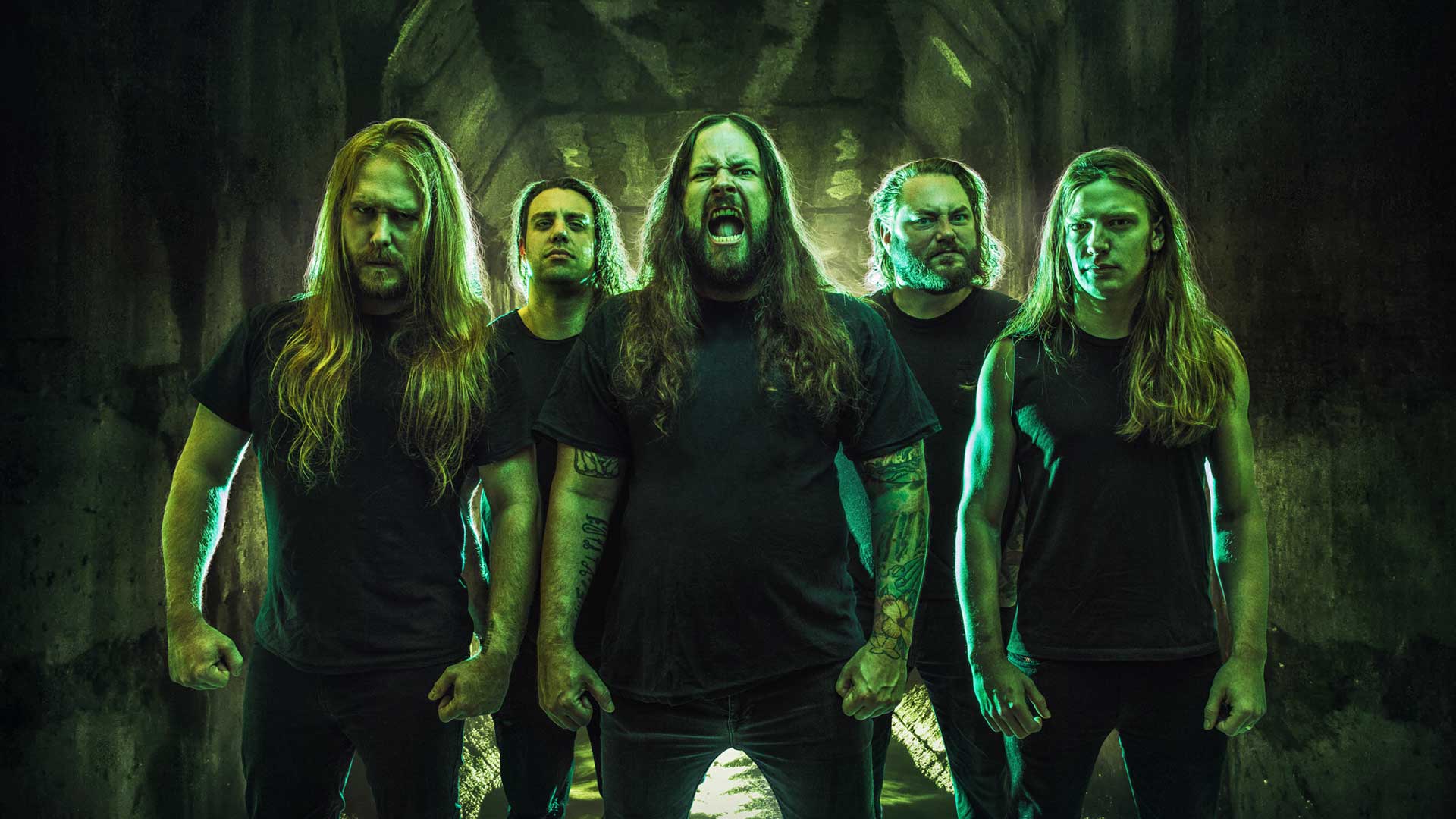 About The Black Dahlia Murder

Verminous is The Black Dahlia Murder's most dynamic, rousing and emotional release to date, and it achieves this without compromising one iota of heaviness. "I think this is the biggest evolutionary leap we've ever taken from one album to the next. We stoked the creative fires with 2017's 'Nightbringers' and it's gone much further now in 'Verminous'," states vocalist Trevor Strnad. "It's a very colorful, moody, and charismatic album that experiments with new sounds and ideas without losing the cutthroat Black Dahlia edge. There is a lot of minutiae to digest. Plenty of delicious little Easter eggs woven into the fabric of each song. Each one is a living, breathing entity that will stand on its own as some of the best music this band has ever created."

That this is a new phase for The Black Dahlia Murder is apparent as the compellingly filthy opening title track rumbles to life, and the album remains gripping for each of the nine tracks that follow. One of the most immediately evident evolutions is in how anthemic their ninth record is, the band inspiring fist-in-the-air responses, particularly in closing track "Dawn Of Rats". "'Verminous' has got some really huge parts that I'm sure will resonate greatly with our fans. It was definitely intentional on our part - a band can only hope to write a song so good that it would be seen as an anthem." Likewise, there is more melancholy on the record, particularly on "Removal Of The Oaken Stake" and "Sunless Empire", adding another dimension to the band's sound and expanding the dark sonic palette with which they paint, all of this coming naturally. "As usual, there was no discussion nor preemptive planning going into the album. We prefer to keep things completely organic and just let the music flow when the time is right. We just write what we write. I do however think it's been an underlying goal for the last several years to make more diverse music. We want an album to feel like a wild ride. A journey from beginning to end that has peaks and valleys."

When it came to title the record, Strnad looked around at the scene he has helped nourish for two decades and found his inspiration. "We, members of our beloved and hidden world of the heavy metal underground teeming just below the surface, are the verminous. The rats and roaches looming in the cracks and crevices of this fallen world. We are the pariahs that the world of normality finds loathsome and obscene. We are the carriers of a plague of knowledge so vile that it could bring the unsuspecting mankind to its knees. Always the underdogs. Our love for this music and what it means to our lives is foolishly underestimated." This ties into the lyrical themes that permeate the record, though not exclusively, Strnad not struggling to find subject matter that engaged him. "The outside world of religion-warped 'normalcy' is the opposing viewpoint. We are the ultimate antagonist to their archaic ways of thought, the dreamers of the nightmares that shake them to their very core. Although we are but lowly vermin to them, the unseen and underestimated, our numbers are millions strong. We cast aside their ways and prefer to take solace in the hidden realm of the underground where the dark fruits of free thought can be enjoyed. We are our own Gods. The responsibility of our actions is ours alone." In his position, he is also able to both provide listeners with opportunities to exorcise compulsions toward exploring dark themes and find some personal release. "Not unlike the appeal of a horror movie, there is a curiously dark side in all of us that can enjoy the occasional gaze through the eyes of the all-powerful masked killer. I enjoy taking the listener on such a ride. There is a certain catharsis in putting myself into the heart of each character I create. Where I lack power in my life, I channel it in my creations."

While the drums were recorded at The Pipeyard in Plymouth, Michigan by ex-bassist and longtime studio guru Ryan "Bart" Williams, the bulk of the album was recorded in New Jersey at guitarist Brandon Ellis' home studio, the Shred Light District, then mixed by Tue Madsen and mastered by Alan Douches. Produced by Ellis and the band, Verminous sees Black Dahlia having a greater level of control over every facet of recording than on any previous release, enabling them to tweak and fine-tune all the small details right up until the point they sent it to Madsen in Denmark. "To say we were anal-retentive would be an understatement. Tue did an outstanding job. His mix is organic. Classic sounding. Not too slick. It's got an old school 'real life' feel to it rather than being the overly polished quantized-to-hell drek that is coming out these days. We wanted the album's sound to have its own personality, and he helped us achieve just that. Finally, Alan did a great job of smoothing out the final details with his mastering. He beefed it up into what you hear now." The only other outside collaborators with which the band worked were soundscape artist Michael Ghelfi, who provided the sample that opens the record and "sets the pest-ridden vibe", and Juanjo Castellano, who painted the cover. "It's amazing and classically death metal cover artwork. I call it an evil underground sewer world, home to the verminous ones. If you look closely you can find all kinds of rats and bugs and critters scattered throughout. The amount of detail Juanjo put in there is second to none."

As has been their MO since inception, the band intend to tour the record hard, planning on being on the road with Verminous for the next two to three years, as long as the demand is there. Having had very successful tours with Whitechapel and Meshuggah on the Nightbringers cycle, as well as converting some newbies to the Black Dahlia cause while out with Black Label Society and Insomnium, they look forward to the challenge of playing the increasingly complex music in which they deal. "It's like a drug, the challenge of it all. There is a masochistic thrill in performing this technically demanding music that you just can't get anywhere else. We are a live band through and through. We live to destroy ourselves onstage every night. We give one hundred and ten percent every time and drain ourselves until there is nothing left to give. It's a good pain and I wouldn't do things any other way."